Rabia Chaudry, an attorney who brought the case of friend Adnan Syed to the creator of the hit podcast “Serial,” participated in a question and answer session at AUWCL. View the event webcast.

“Serial” is a spinoff of radio show and podcast “This American Life.” “Serial” tells “one story—a true story—over the course of an entire season.” The first season hosted by Sarah Koenig explores the murder of Hae Min Lee, a high school student from Baltimore County who disappeared in 1999. Her ex-boyfriend, Adnan Syed, was arrested for the crime and was convicted to spend life in prison.  Chaudry and many others say Syed was wrongly convicted. Throughout the season, Koenig investigates these claims. Learn more about the podcast.

“It is not even an issue of the system,” said Chaudry in her opening remarks at AUWCL. “The system is made up of people—prosecutors, investigators, detectives, judges, juries, defense attorneys… What happened to Adnan was that every single person responsible for making sure that the investigation was done right, that they were prosecuting the right person, that the right calls were made in court, that he received a solid defense, every one of those pieces failed.”

Chaudry candidly answered questions from students, staff, and the community about the presentation of the podcast, the “Serial” fandom and entertainment factor, racial biases in the investigation and trial, and the importance of maintaining an interest in Syed’s case now that the podcast has ended.  She also expressed concern over gaps in the investigation and the integrity of the evidence in the case.

“For [Adnan] the lack of evidence is the strongest evidence,” said Chaudry.

According to Chaudry, Syed’s team is considering offering an award for information related to the case. They have also launched a petition to urge the State of Maryland to “undertake all efforts to ensure the reopening of a post-conviction proceeding for Adnan Syed and urge the Courts to grant him a new and fair trial.” 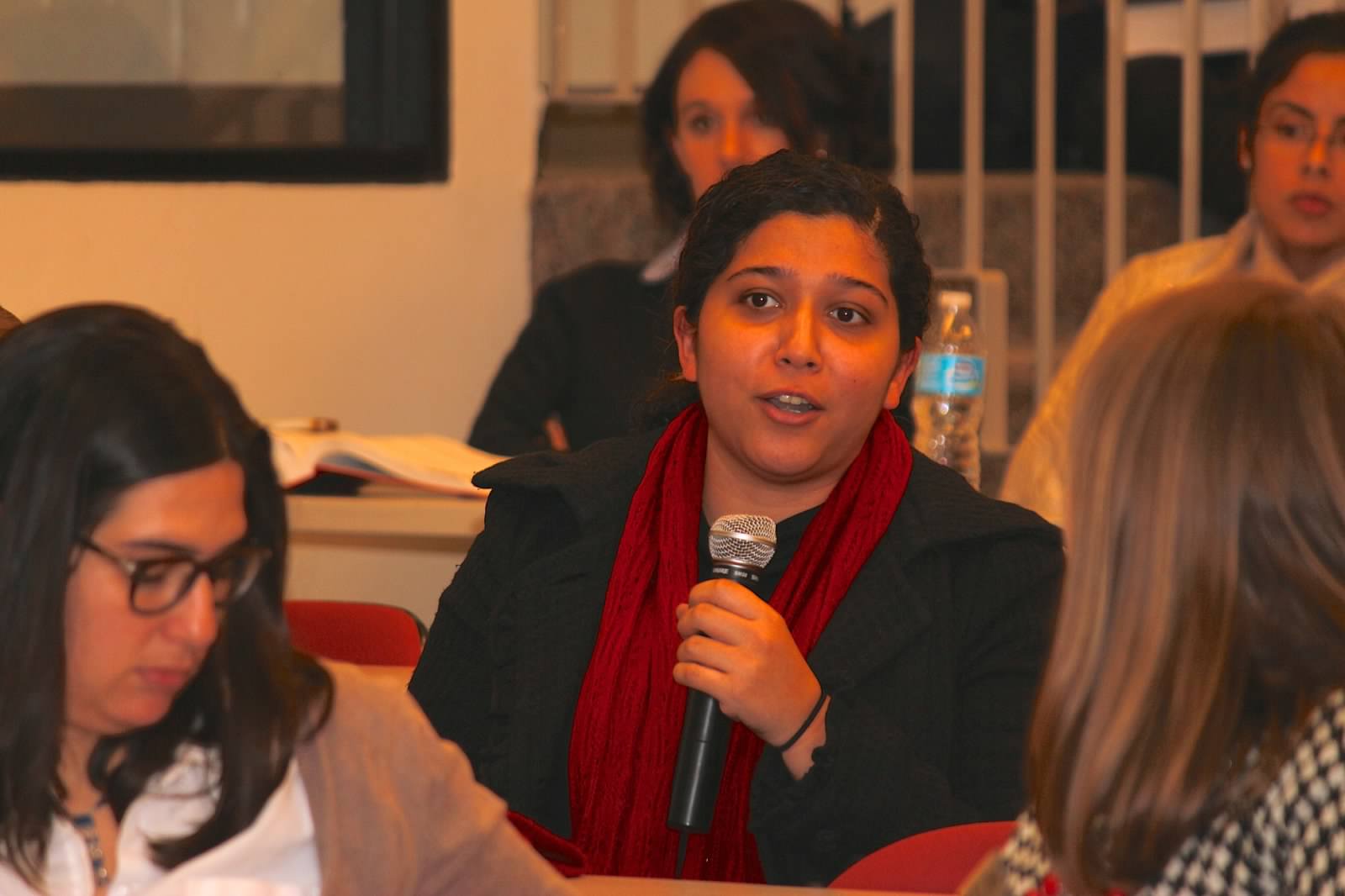 “We hope that we’ll be able to give you the opportunity to think critically both about the details of Adnan’s case, but also about what the issues raised in this case mean for our system as a whole and what we as lawyers, law students, and members of the public can do about that,” said Tenney.

Tenney led a “Serial” discussion group for AUWCL students and staff throughout the series. She hopes to reconvene the group for Season 2 and as new issues develop in Syed’s case.