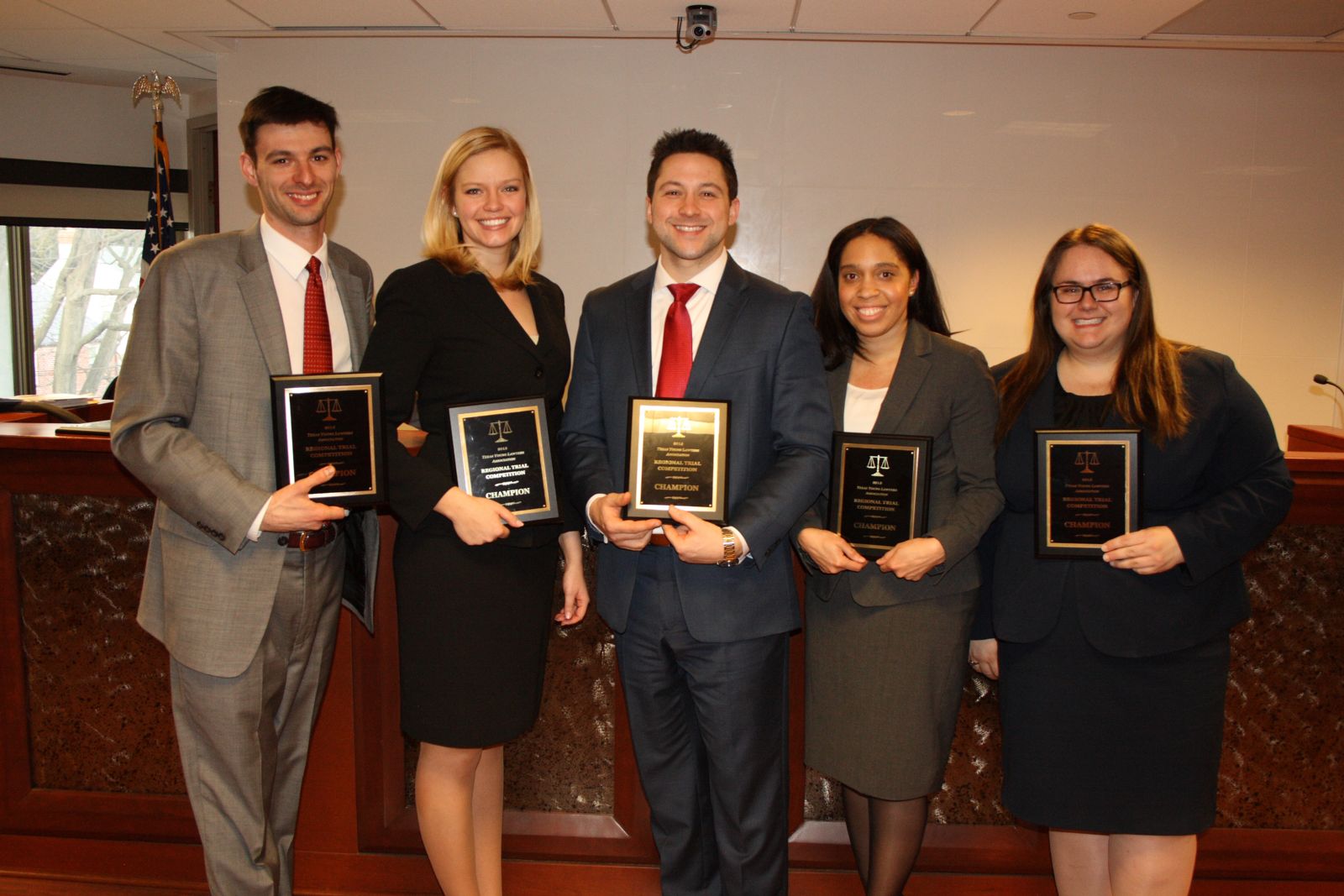 The Stephen. S. Weinstein Trial Advocacy Program at American University Washington College of Law co-hosted the 2015 National Trial Competition Regional Tournament Feb. 6-8 alongside the University of Maryland and Catholic University Law School.  Both trial teams from AUWCL won their final rounds and will represent the law school in the prestigious National Competition, held March 11-15 in Houston, Texas.  Two teams from each of the 14 regions compete at the national level.

"The Trial Advocacy Program is incredibly proud of the students and their coaches for an historic first, sweeping the regional competition," said David Aaronson, director of the Stephen S. Weinstein Trial Advocacy Program. "Everyone who participated worked tirelessly and represented AUWCL extremely well and will continue to do so as both of our winning trial teams prepare to represent the law school at the National Trial Competition."

The regional tournament at AUWCL welcomed 22 teams from 10 law schools in Washington, D.C., Maryland, and Virginia.  Over 140 AUWCL law students participated as witnesses in the trials and 150 practitioners and judges served as trial judges and evaluators.